In times of uncertainty, we are still here working for you. During the pandemic, our office is still open and working to protect you and what matters to you most. Call (615) 470-2222 to schedule a conference or video call. 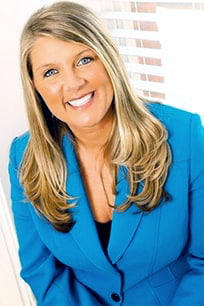 Amanda Raye Thornton earned a B.S. from Western Kentucky University in 2003, a J.D. from Nashville School of law in 2007 and was licensed to practice law in Tennessee in October, 2007. Ms. Thornton was admitted to practice in the Federal District Court of Tennessee- Middle District in 2009.

While in law school, Ms. Thornton clerked for Roberts & Associates. After graduating and passing the bar exam, Ms. Thornton joined the office of Roberts & Associates as an associate attorney focusing primarily on family law related issues. In 2013, Ms. Thornton practices at the office of Roberts, Thornton & Pence, an association of attorneys where she continues to focus on matters involving family law including divorce, custody, child support, paternity, visitation and so on. She handles cases in circuit, chancery, juvenile and general session courts throughout Middle Tennessee and has handled several appellate cases in the Court of Appeals.

While Ms. Thornton is not working, she enjoys spending time with her family and two yorkies.

Contact Us
Practice Areas
Client Reviews
★★★★★
"She made the worst event of my life end quickly and to my favor. So reasonable in cost. Generous with her time, calls back and helps right away. The best attorney I ever had. Such a thoughtful and capable attorney. Really so thankful I had her." JS
★★★★★
"Amanda is a SMART, efficient advocate! She is very easy to communicate with. When she referred to our kids as, 'My boys', I was sold. She has the solutions and we can now rest easy thanks to her suggestions and actions." AZJK
★★★★★
"Amanda was extremely helpful and knowledgeable. Where I had questions, she had answers. She expedited the divorce process to the beat of her ability and I can not thank her enough for helping me turn the page and end that chapter of my life. She never once made me feel like she didn't have time for me nor that she wasn't invested in me getting the outcome I wanted. I tell anyone I can about her services. I'd give her 10 stars if I could." Liz
View More
Submit a Law Firm Client Review